The challenge of properly measuring the impact of every marketing touch-point has vexed advertisers since the time of John Wanamaker. In many respects the digital media age has provided tracking solutions adequate to at least solve the online component of the challenge, but even that comparatively simple problem goes unsolved for a great many advertisers. Why? In our experience there seem to be three principle barriers to proper attribution: The three are intertwined, but let's tackle them one at a time. 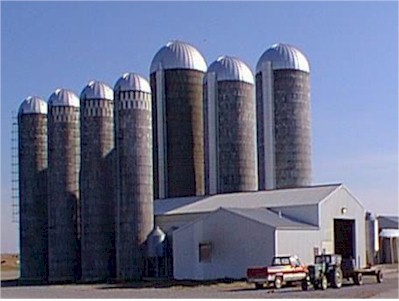 Entrenched Departmental Interests The larger the company, the more fragmented the marketing decision-making, the more likely it is that silos will be a significant barrier. The barrier is even higher based on the degree to which it is in competition with "no attribution". If each marketing channel takes 100% credit for every order its channel touches the delta between the existing view and reality will be larger, making the gulf that much harder to cross. Attribution is often viewed as a threat to each marketing channel's budgets and staffing levels, and turf wars break out as a result of this perception. The silo walls are often hardened by "performance bonus" plans that compensate managers based on growing their programs. This often creates a nasty zero-sum game whereby program managers are essentially paid to wrestle credit away from other channels. Lack of Consensus on How to Parse Credit

Self-interest is deeply ingrained in all of us, but even if we can get everyone thinking about the greater good of the company as a whole, determining how to parse credit is a major obstacle. For the sake of argument, let's assume everyone has access to a completely flexible technology system that can parse credit however you choose, including advanced statistical models. Adopting a heuristic, rules-based model requires getting folks to agree on the rules. Rules-based approaches are easy to understand, but are generally based on intuition rather than data, and it can be difficult to think through the variety of scenarios that might auger for different rules than are under consideration. More problematic, the likelihood of reaching consensus diminishes the larger the number of stakeholders weighing in on decisions. The debate gets heated when self-interest raises its head, and we are often left with the HiPPO principle: the decision centers on the "Highest Paid Person's Opinion". That doesn't lead to the kind of buy-in needed for the challenges that follow once the rules are implemented. Adopting a statistics-based model is an attractive alternative to the rules debate above, but carries its own problems. Those problems center around the answer to the question: "How does it work?" The answer will either be "we can't tell you" or "I don't really understand it enough to explain it" or "how much time do you have?" followed by a dissertation on statistics that few will be able to process. Asking program managers to accept the results of an algorithm that effects the perception of their performance without being able to meaningfully explain how it works is asking quite a lot. Finally, there is another angle to the "trust" question. Any third party tool that is priced according to spend under management, could be viewed as having a dog in the hunt. Shuttling more credit to paid marketing channels rather than unpaid channels would convince clients to spend more on marketing making the platform provider more money. Should advertisers trust them to do "black box" math, when they have a vested interest in the outcome?

Lack of Committed Leadership Changing the attribution scheme in any way (from nothing to something, from last touch to first or proportional, to fancy stats, whatever) will result in changing the year over year comparisons for every channel affected. If everyone who looks at marketing performance metrics doesn't understand that a shift occurred, or doesn't buy-in to the new approach, or doesn't remember from one month to the next -- for an entire year! -- that this change has happened and will create artificially inflated YOY results for some channels and artificially deflated results for others, this change will go badly. Institutional memory is remarkably short. Those managers whose programs are down YOY because of the apples to oranges effect will be called on the carpet to "answer for" their performance by senior leadership who have the attention span of a gnat, by others who periodically wade into operational efficiency metrics without understanding context, by consultants who are hired and "identify the problem" based on bad information, and anyone else who might have a dog in the hunt. THE SOLUTION Okay, solution is a bit strong... Sticking with the status quo because change is too hard is not the right choice. The right approach to this starts at the top of the organization. The CMO and perhaps even the CEO must: RKG's integrated platform solves this last technical problem and provides flexible and powerful modeling capabilities to do fractional credit parsing as needed. But the challenges outlined above go much deeper than technology, and if those barriers aren't cleared first, even the best technology will do no good.