What's Next in the Evolution of Programmatic?

The past year heralded interesting developments in the advertising landscape. The most significant development was arguably the launch of people-based measurement via the Facebook Atlas ad server. Facebook is currently one of a handful of media companies announcing the launch of new ad tech platforms powered by their proprietary data assets. Over the next few years, we may see the emergence of hundreds of platforms. While these platforms introduce interesting media opportunities, they also reveal challenges reminiscent of the early direct buying landscape. Here’s my description of where these developments fit in the evolution of the media landscape, and predictions for the future. 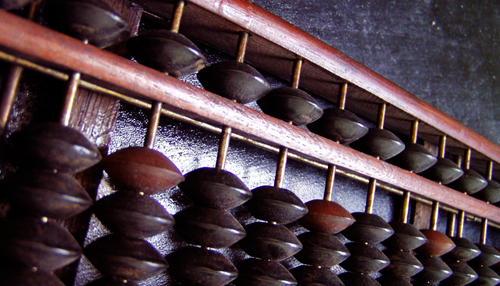 The first banner ad was served in 1994, and the advertising ecosystem exploded with both publishers and advertisers looking to capitalize on digital media. The earliest workflow entailed a fragmented buying and measurement process, with publishers uploading and running creative files directly off their server, and providing their own reports for media buyers to aggregate. A central ad server resolved some challenges around workflow and measurement, but certain aspects remained cumbersome—with every transaction requiring negotiation, I/Os, and manual reconciliation of delivery each month.

Programmatic and the promise of Utopia

Decades later, the emergence of Demand Side Platforms ushered in a new era of automation.  Each DSP aspired to be a universal ad buying platform, plugged into ubiquitous ad inventory on the open exchange with transparency and safety, and differentiated by technology alone. In reality, as programmatic buying reaches a decade of maturity, the promise of a single universal buying platform is delayed. Publishers are weary of open exchange programmatic due to potential dilution of their brand, lowering CPMs, and the disintermediation of their sales force.   The promise of the open exchange is also tempered by an emergence of bad operators with a sole purpose to defraud buyers on fake or even invisible sites. Lastly, ad placement (vs open exchange) has proven to be instrumental in driving positive association between content and brand.

Private Marketplaces and Automated Guaranteed promised to remediate issues with publisher adoption and inventory quality, but also heralded increased fragmentation. DSPs began to lock up unique publisher inventory as points of differentiation; in addition, Sell-Side Platforms like Rubicon began to cross over to the Buy Side and offer their own buying platforms. Today, a media buyer may work with a single preferred DSP like MediaMath, DoubleClick Bid Manager, or The Trade Desk, but may also work with a number of other buying platforms like Rubicon, AOP, Tapad, Adelphic for unique inventory opportunities. The resultant fragmentation in operations and measurement places a significant strain on teams that operate these tools, and requires for third party or in-house product development to automate workflows.

In 2014, we have observed a trend around publishers taking technology in-house. This is best seen with the relaunch of Atlas by Facebook, but is also observed with Amazon, AOL, Twitter, and other large publishers following suit. There are both advantages and challenges with these “walled garden” scenarios. Positive aspects include the addressable nature of these platforms, which often leverage first-party data and tie mobile and desktop spaces. Challenges with this approach are primarily seen across the measurement and operations streams. Holistic measurement across closed ecosystems is difficult. As publishers roll out their own unique identifiers, insights like people-based measurement become unique to each particular ecosystem. In particular, attribution measurement becomes inconsistent, with a unified view of customer journey becoming difficult to assemble.

In addition, closed publisher ecosystems lead to fragmented buying workflows, with buyers having to manage several platforms. Universal controls across the entire buy, like frequency caps, are likewise difficult or impossible to set. In general, challenges are reminiscent of the direct buying challenges of the early 2000s.

Over the next few years, I believe that we will see an emergence of dozens of addressable platforms. I also believe that that the current inefficiencies across the measurement and operations dimensions are temporary. A single buying platform, and a single measurement currency, will emerge. A third party ad server or campaign management platform are the right place to bridge disparate publisher ecosystems.

In conclusion, I believe that the next few years in advertising will be the most exciting since the advent of programmatic media. We will begin to see addressable platforms not only based on web, but also based on in-home, in-store, and sensor signals. Inefficiencies around operations and measurement are sure to be felt at first, but eventually these inefficiencies will be mitigated via universal workflow and measurement tools. The advertising industry has gone through cycles of fragmentation and consolidation before, and I am optimistic that the market will continue to move toward efficiency. For their part, both ad tech companies and publisher ecosystems should open up and work together to arm advertisers with the best insights about their customer.